Working with his hands is a life-long hobby for Tom Berndt. As a young boy, Tom followed his dad as he repaired things around their house. As he grew older, Tom went with his father as he worked on small electrical and woodworking projects for family and friends. He became enamored with the oil, gas, and electrical fixtures from the turn of the 20th Century.

When it was time to buy their next home Tom and his wife purchased a tarnished treasure from that era– a two-storey dwelling built in 1898. Tom renovated and upgraded this home over the years, while at the same time retaining the Gilded Age charm and vintage lighting fixtures.

Tom’s Vintage Lamp Repair began over a decade ago after a friend and fellow antique enthusiast kept bringing him lamps to fix. Soon word got around Eau Claire, a small city in northern Wisconsin, that Tom could fix antique lighting fixtures and what started as a hobby grew into a business. 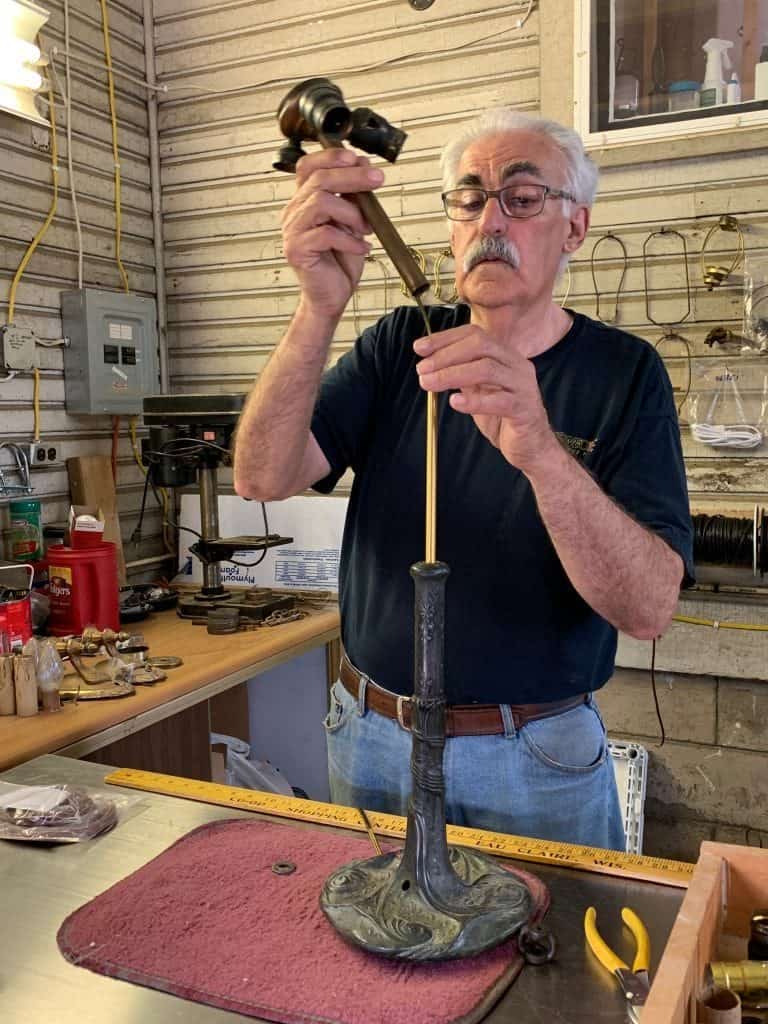 “Electrical wiring and lamp parts are UL-approved and safe in any home electrical socket–even when restored to look authentic to the historical period.

Please review our FAQ page and always call to discuss your project before shipping.

Talking about your project before starting is always free. My work is $30/hr for most jobs. That is also my minimum price for any job.

All work is done by me, Tom himself, in northern Wisconsin.”

Any cookies that may not be particularly necessary for the website to function and is used specifically to collect user personal data via analytics, ads, other embedded contents are termed as non-necessary cookies. It is mandatory to procure user consent prior to running these cookies on your website.